Echo Eternal is a commemorative arts, media and civic engagement project delivered in schools for children of all ages, inspired by the testimony of British survivors of the Holocaust and survivors of 1994 genocide against the Tutsi in Rwanda.

The project brings together diverse communities in a collaborative context, using a common focus of Holocaust memorial and genocide awareness. This focus is supported by the creation of civic alliances between schools with different social and cultural characteristics.

Echo Eternal was launched on Holocaust Memorial Day 2018. In its first year the project was delivered in 12 schools in Birmingham. In subsequent years the project has broadened its reach to other regions and has engaged with hundreds of pupils and their respective local communities. 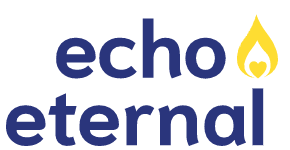