Foundation for the preservation of jewish heritage in Poland

The Foundation for the Preservation of Jewish Heritage in Poland was established in 2002 by the Union of Jewish Communities in Poland and the World Jewish Restitution Organization (WJRO). Our primary mission is to protect and commemorate the surviving sites and monuments of Jewish cultural heritage in Poland. The Foundation is active where no Jewish community exists today or where distance from major urban centers or lack of sufficient financial resources makes it difficult for existing small Jewish communities to provide adequate long-term care and maintenance.

They are the only institution in Poland officially dedicated to the task of recovering, preserving, and commemorating physical sites of Jewish significance. Our activities touch 200 synagogues and 1200 cemeteries and spreads over two thirds of the country. Many of these sites exist in an advanced state of deterioration and neglect, and even though all of them are listed as protected landmarks, Polish authorities have shown little independent initiative and commitment toward protecting these precious survivors of pre-War Jewish culture.

all their cemetery work, whether cleaning, fencing, renovating, or memorializing a site through the installation of plaques and markers, is carried out under the supervision of the Chief Rabbi of Poland, Michael Schudrich. To-date we have completed work in over 100 Jewish cemeteries in Poland, including those in Mszczonow, Dubienka, Kolno, Ilza, Wysokie Mazowieckie, Siedleczka-Kanczuga, Zuromin, Myślenice, Szczebrzeszyn, Radoszyce and Glogow Małopolski.

Their building revitalization activities involve some of the most important and prominent Jewish structures in Poland, such as the synagogues in Kraśnik, Łańcut, Przysucha and Rymanów, as well as the synagogue in Zamość. Wherever possible, we work hand -in-hand with local organizations and supportive administrations.

The Foundation is very proud of its project known as the Chassidic Route, covering a large area in southeast Poland known for its high pre-War Jewish populations (in some towns Jews represented >60% of the total population) and rich religious and architectural legacy. A map of the Chassidic Route can be downloaded on this website and used by descendants, family historians, and others planning ancestral heritage tours (an important and growing phenomenon in Poland) or merely wishing to visit sites along the historic routes of Jewish pilgrimage. Anchoring our educational and cultural activities associated with this project is the lovely Renaissance-style synagogue in Zamość, restored by us between 2009-2010. We are proud that in 2014 the synagogue hosted the first bar mitzvah in Zamość since before the War.

The synagogue complex in Kraśnik, also on the Chassidic Route, is now our primary restoration focus, Phase I (protective works to prevent further decay) finally completed. More information on this important project can be found on this website.

Additionally, They will be opening a new Jewish Museum in the synagogue of Łęczna , one of the Foundation’s important properties and also located along the Chassidic Route.

Their primary focus is undertaking actions aimed at restoration and commemoration of the physical remnants of Poland’s vibrant prewar Jewish life. Unfortunately, it is not technically or financially possible for us to have a presence in every one of the surviving 1200 Jewish cemeteries in Poland. Many are unfenced, unmarked, and unprotected. Those without headstones are the most vulnerable to being developed, built-over, and forgotten, taking with them all memory of a town’s prewar Jewish presence. In 2015 we instituted a unique initiative to reach out to descendants, Jewish organizations, and family foundations to “adopt” a Jewish cemetery and become a financial sponsor of projects to save these precious survivors. For more information about our Adopt-A-Cemetery initiaitve click here.

The Foundation places a high value on education and academic research. One of it’s most important educational activities is the program it created “To Bring Memory Back” involving over 300 schools and aimed at educating young Polish students about the rich 1000 year history of Jews in Poland. Our successful program “Haverim – Friends” emphasizes Polish-Jewish youth encounters and frank discussions for overcoming persistent cross-cultural stereotypes, historical negationism, and antisemitism. Links to these important educational initiatives and other programs can be found on this website.

The Foundation is grateful for the generous support of foreign institutions, Jewish families and descendants, and individuals who value preserving Jewish cultural heritage in Poland. Information for making a financial contribution can be found below.

It is our hope that the Foundation’s efforts will not only physically preserve these unique survivors of pre-War Jewish material culture, but will also inspire individuals and families of Jewish ancestry with roots in Poland to come and reconnect with their heritage. 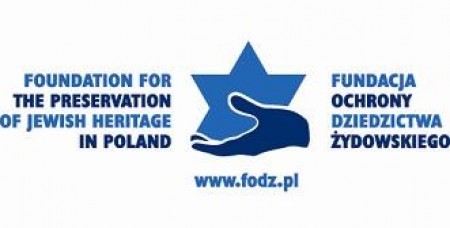