The Hungarian Jewish Museum opened a hundred years ago, in January 1916, in a private apartment in Hold utca. The collection, which had been started on the initiative of Jewish intellectuals, already consisted of nearly 1500 objects, first and foremost Jewish ceremonial objects and relics of the history of Hungarian Jewry.
At that time, the collection and display of material objects as mementoes of Jewish culture was a new phenomenon. Up to that time, Jewish museums had been established only in Vienna (1895), Frankfurt, Hamburg (1898), Prague (1906) and St Petersburg (1914). However, Jewish religious objects had been on show earlier in Budapest: in 1884 the Applied Arts Museum was the first in the world to select Judaica for a large, national exhibition, The Historic Gold and Silver Exhibition. Twelve years later, at the National Millennial Exhibition, celebrating a thousand years of the settlement of the Magyars in Hungary, some of these objects were again displayed.
The Hungarian Jewish Museum became a new institute for the preservation of Jewish memory: communities, families and private individuals brought everything they felt was worthy of preservation and important for the presentation of the community. The institute played an increasingly serious role in the cultural life of Hungarian Jewry, although in the course of political developments, it was always forced to stay on the margins. The anti-Jewish ideology of the thirties and the anti-religion and anti-minorities ideology in the period after the liberation made it difficult to present the world-class collection more widely and hindered acquaintance with the serious scientific findings it represented. Despite all this, the collection continued to grow. It was a faithful reflection of what was felt worthwhile to preserve and with what emphasis and what was important to present the changing self-image of the community and the social role it played. The collection was as diverse as the society behind it: there were objects that symbolized the extensive assimilation of Hungarian Jews or on the contrary, its dissimilation. There are objects that attest to the pride of Jewish families and others saved from destruction. There are others that the museum bought or collected through many and repeated attempts to appraise and save them. Thus the process of growth, the circumstances through which an object arrived in the collection, can be just as important as the stories the objects themselves tell.
In the ‘60s a new inventory of the collection was made. All information was omitted that could identify the communities, families or individuals that originally used the objects and donated them or that could lead to an interpretation of social phenomena through the objects on show. As a result of research in the period after the change of system, it was possible to reconstruct some of the histories of the objects and through them again recall those who made donations and the memories of erstwhile Jewish communities.
The exhibition shows the development of the museum’s collection through one hundred objects in honour of the centenary. Each and every object displayed has its own individual and special story, but looking at them and interpreting them as a whole, we can get to know almost every layer of the history and culture of the Jews in Hungary. Our ancestors left us all this as a legacy, as values to be preserved and handed on, so that while studying them we can also strengthen and reinterpret our own situation. 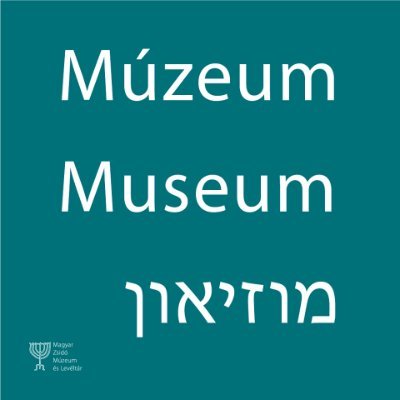