The Magazine K. is an online magazine founded by journalists and academics from all over Europe.

The current situation of European Jews will be documented and analyzed through journalism and stories, essays, interviews, but also through contributions that will recount the long history of the Jewish presence in Europe. The review will also publish reactions and essays about current events as well as creative texts which, by means of fiction, will give an account of the realities that concern us.

In 1939, there were about 10 million Jews living in Europe. Today, there are about 1.3 million (Source: Institute for Jewish Policy Research, October 2020). Three quarters of the Jews who, after the Holocaust, had been present in Europe since the end of the war have finally left the continent. The current population of Jews is only 15% of the number of those who lived there in 1939. The proportion of Jews now represents 0.2% of the European population. It is as low as it was a thousand years ago and continues to decline.

How and why, in a social and political environment that has been totally reconfigured over the past 70 years, are anti-Jewish sentiments returning and circulating with such intensity? What perspectives, for Jews and for Europe, can be drawn from this current environment?

Our approach, with contributors from all countries and all generations, aims to describe, explain and understand, on a European scale, the very specific moment in which we live. What is the situation of Jews in France, Germany or Ukraine? In Antwerp, Budapest, Moscow, or in a particular suburb of Paris or London? All over Europe, our contributors, like reactive sensors, will bring specific field insights and points of view. We want to establish a panoramic view of the composite reality of the European Jewish presence from all its angles and to spotlight it, to bring out places and faces, social realities and personal journeys. To bear witness to dangers and fears but also to promising initiatives.

Our desire is to create a demanding, open, intelligent and educational journalistic media for reflection and intervention, addressed to the greatest number of people. Far from the clash of cultures and online frenzy which privilege polemics, emotion, and ideological tensions, the review will be a rallying point, contributing to the emergence of a network of European voices by giving them a place to express themselves.

No doubt Jews will be primarily interested in this project, but its collaborators as well as its recipients are all those, Jews or non-Jews, who are aware of the European political situation which, with the resurgence of antisemitism, affects Europe itself. Our objective is to contribute to the diagnosis of what appears to be a crisis affecting the bond of Jews to contemporary Europe, but which is also the symptom of a more general crisis of which Jews are a prism or a revealer.

Each week, about three or four contributions will be posted on our site. The texts will be freely accessible, available in the language of the author and systematically in French and English.

Twice a year, in collaboration with Éditions de l’Antilope, we will publish a selection of the texts published on the site in an illustrated volume available by subscription and in bookstores. 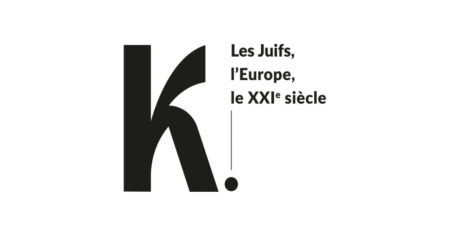