In 2002 the idea of a dialogue project for young people in Switzerland was born. The SIG (Swiss Federation of Jewish Communities) realized this project and founded Likrat. It developed into a European project, born out of the need to dissolve anti-Semitic and anti-Jewish stereotypes as well as emerging world views of Jews in society and to generate a pluralistic awareness. After its great success in Switzerland, the project concept was redesigned and introduced to other European communities. Since 2015, Likrat has also been available in Austria. Last year, 20 Likratinos also participated in the March of the Living in Ausschwitz as part of the March of Remembrance and Hope Delegation. There they were available to the participating Jewish pupils for questions and an open dialogue and held LIKRAT encounters with 750 Austrian pupils. The theme of the Shoah and remembrance was in the foreground. The feedback was extremely positive and very important for the students on this emotional journey, which is why LIKRAT will be part of the March of Remembrance and Hope delegation again in 2020. LIKRAT brings together people of different faiths, overcomes barriers and promotes respectful interactions with each other. 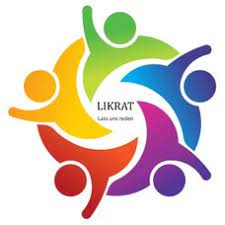