The European Jewish Association prides itself on the student-initiated movement entitled ‘’Make Their Memory Shine’’, which was established in the Netherlands with StandWithUs Nederland.

Make Their Memory Shine (MTMS) aims to organize cleaning operations of the 70.000 Stolpersteine in Europe with Jewish and non-Jewish individuals from all backgrounds. These interactions provide opportunities to socialize and learn about others whilst debunking prejudices.

Stolpersteine are individual stone memorials dedicated to a variety of peoples that were deported by the Axis powers during the Holocaust. Typically, the memorial stones are placed in front of a victim’s last address before execution or deportation and can be ‘stumbled upon’ in street pavements.

It is the world’s largest de-centralized memorial and can be found from Spain to Finland. However, the stones are often forgotten and become unreadable and unnoticeable after a specific amount of time. Therefore, maintaining the Stones is a duty of all citizens.

The MTMS operations are focused on three goals: 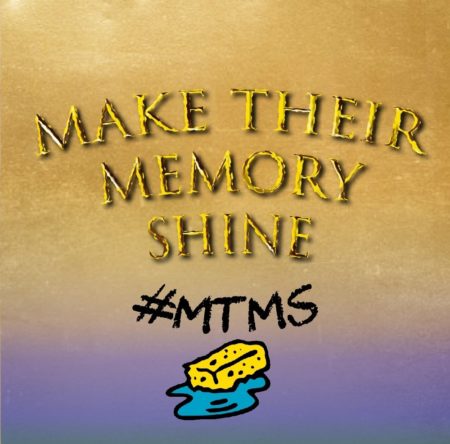