Despite the lasting traces of many centuries of Jewish presence in areas where we live, i.e. the Polish, Ukrainian and Belarusian borderland, so far the local memorial sites related to Jewish history and culture have not been sufficiently studied and appreciated as a valuable items of European and local heritage. The goal of the project is to develop a narrative and tools that will be successfully used in tourism and to support local development.
The project area has a huge potential for the development of cultural tourism but its tourism infrastructure is poorly developed and the knowledge about the area’s cultural heritage – particularly Jewish cultural heritage sites – is insufficient. This problem concerns to an equal extent Poland’s eastern provinces (voivodships) and the western oblasts of Ukraine and Belarus. The assets of the project area are little known among potential tourists and the inhabitants themselves. However, many Jews around the world have their family roots here, and they would willingly come to visit the places of their ancestors.
How to talk about this heritage? How should we, the current residents, mostly non-Jewish, talk about the Jewish cultural heritage? How to present this heritage as part of cultural tourism?  How to avoid the pitfalls of commercialization, simplification and repetition of stereotypes? How to show Jewish heritage as the shared heritage of the descendants of Eastern European Jews, on the one hand, and the contemporary residents of the borderland, on the other?
Since tourism-related actions have not focussed on this heritage so far, the region seems less attractive and the tourism traffic is considerably below the region’s potential. There is a lack of access to information and lack of trained tour-guides. Jewish heritage sites have been described and inventoried only partially. There is a lack of initiatives using the opportunities offered by digital technology, and a lack of knowledge about the intangible legacy of Eastern European Jews.
During the implementation of the project we wish to devote particular attention to the cultural phenomenon that was peculiar to Central and Eastern Europe and that influenced the local cultural landscape: the shtetl, a unique kind of town inhabited by Jews and Christians of various ethnicities.

The project is implemented since December 2013. 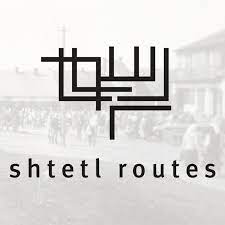