Solidarity with the Kiez-Döner Halle

On October 9, 2019, on Yom Kippur 5780, the highest Jewish holiday, an anti-Semitic right-wing terrorist tried to storm the synagogue in Halle. His attempt to get into the synagogue failed. For this reason, he murdered two civilians and several other people were traumatized. Kevin S. was murdered in the “Kiez-Döner” in Halle . At the time of the crime, Ismet Tekin was an employee at the aforementioned kebab shop. Today the traumatized Ismet, together with his brother Rifat, runs the “Kiez Döner”. Due to loopholes in the state aid system, the Victims Compensation Act and the massive drop in visitor numbers after the terrorist attack, the kebab snack is facing extreme economic challenges .

For this reason, we started this fundraiser to support Ismet and Rifat Tekin financially. Your donation goes directly to the Kiez kebab shop in Halle. 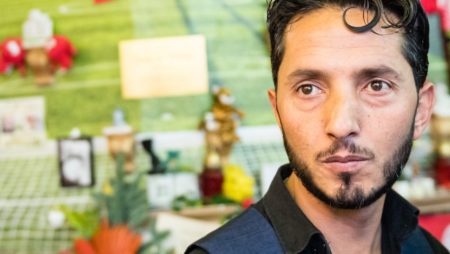