Through interactive workshops and by drawing on the unique knowledge of many partners in the Hate Crime field, Stand Up! empowers young people to act against all forms of discrimination, racism, antisemitism and anti-Muslim hate, whilst developing their sense of social responsibility to their local communities and British society as a whole.

​With a 29% rise in the number of Hate Crimes in 2017 in the UK- including anti-Muslim hate and antisemitism – (Hate Crime, England and Wales, 2016/17, Home Office.), this interactive workshop aims to educate young people about tolerance and social responsibility, and give them skills to counter discrimination whilst safeguarding their personal safety. Framed within a broad conversation about the Equality Act (2010) and British Values, Stand Up! currently employs two facilitators from Jewish and Muslim backgrounds, modeling a partnership of interfaith collaboration and demonstrating how groups which are often perceived as oppositional, can work together successfully. 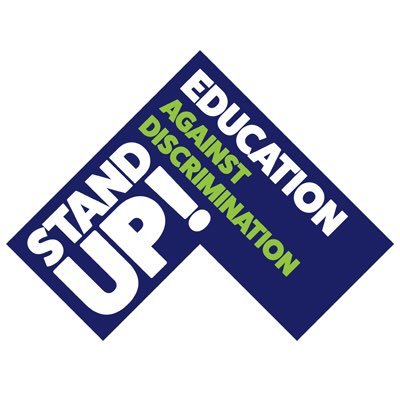