The Beth Hillel Synagogue, a place of study, community activities and worship of the Liberal Jewish Community of Belgium, the centre of Jewish religious life in Reformed Belgium, was founded in 1965. At that time, a core of innovators decided to come together to live, in Brussels, an open, updated Judaism, such as that which was then more commonly practiced than in Anglo-Saxon countries.

Today, the Liberal Jewish Community of Belgium is represented in a large number of Jewish institutions in the country.

As part of a dynamic team, in close collaboration with Giny Susswein-Tihon, secretary of the synagogue for more than twenty years, former presidents of the Board of Directors are still participating in the future of Beth Hillel, such as Willy Pomeranc, the architect of the recognition, by the public authorities, of the “Church Factory” synagogue Beth Hillel. 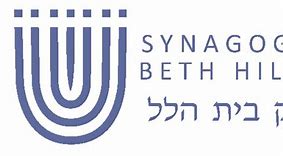