THE RIGHTEOUS PEOPLE OF MY CITY

The project “The Righteous People of My City” is a one of large-scaled of JCU projects. It envisages renaming streets in most of the cities, town and villages of Ukraine, granting special pensions to the Righteous People of Ukraine, filming a documentary, publishing books of their stories and expanding the database of internationally recognized heroes.
The Righteous among the Nations is the common name of the people that risked their own lives saving Jews during the Second World War. Their support and honoring programs operate around the world. According to the data of the Yad Vashem National Memorial, there are more than 2.6 thousand righteous people in Ukraine. However, according to the JCU, the Institute of History of Ukraine of the National Academy of Sciences of Ukraine states that there are actually many more such people — around 25 thousand. The work on finding their stories and granting the title of the Righteous is still ongoing.
In addition to perpetuating the memory of the heroes, the project is intended to promote education of the young people, teach tolerance and strengthen ties between the world Jewish community and the Ukrainian people.
JCU is planning to further propose its experience in implementing this project for consideration of the Jewish organizations in other countries. 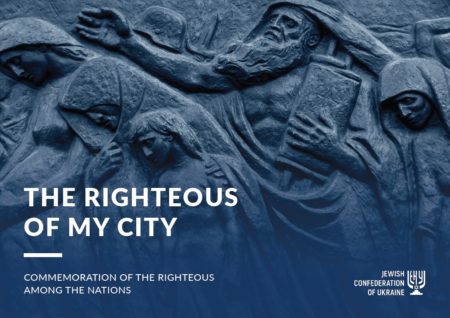