Established in the Constituent Congress of Milan on 21 May 1995, the Union of Young Jews of Italy (UGEI) coordinates and unites the Jewish youth associations and the young Jews who adhere to it.
UGEI includes all young Jews from Italy between the ages of 18 and 35. UGEI represents Italy at an international level in EUJS (European Union of Jewish Students) and WUJS (World Union of Jewish Students). It makes part also of the Consiglio Nazionale Giovani.
UGEI has the duty to develop the Jewish awareness of its members. To fulfill this moral obligation, UGEI operates on various sectors.
Institutional Representation: UGEI is the contact person at the Union of Italian Jewish Communities on behalf of all youth associations and is present as an observer with the right to speak at its Council meetings. One of the objectives of the UGEI is to prepare young people to commit themselves with a sense of responsibility not only in the life of Jewish communities, but also in Italy. For this reason, it is present among the Associations of the National Youth Forum.
Trips and Shabbatonims: For the safeguarding and maintenance of the Italian and European Jewish identity, UGEI organizes various weekends (Shabbattonim) throughout the year to discover the small communities scattered throughout the territory. In addition, UGEI organizes Trips of Memory to the symbolic places of the Shoah, in Italy and abroad.
Culture and Hebrew Language: UGEI spreads knowledge of Jewish culture and the study of the language, as well as respecting the dictates of Judaism and guaranteeing the conditions within its activities that allow its observance. UGEI keeps the historical memory of the Shoah alive, so that the new generations can learn from it; it fights all forms of historical falsification and defends and passes on the moral and ideal heritage of the Resistance to Nazi-Fascism.
Interreligious Dialogue: UGEI collaborates with all the other religious realities that aim to promote the eternal ideals of peace, freedom, democracy, progress, brotherhood.[8] At the same time, on the basis of mutual and absolute independence and freedom of opinion and action, it collaborates with the representative bodies of Italian Judaism and national and international Jewish bodies.
Events for Members: For its members, UGEI organizes various aggregative events of various kinds. Furthermore, as the representative body of young Italian Jews, UGEI offers to its members the opportunity to participate in exclusive events as a delegate, in Italy and around the world. It also plays the role of super partes guarantor by promoting and sponsoring the activities with the local representative bodies.
Seminars and Debates: UGEI organizes seminars and debates to create a platform of encounter, reflexion and enrichment for the young Jews of Italy. Always open to ideas and hints, UGEI during the years has taken part as organizor or speaker in the most heated debates of the civil society.
Political Interlocutor: UGEI’s activites of ideological and cultural background of the last years have made UGEI able to interpret its role of credible and reliable representative within the Italian political world, but mantaining its original apartitic nature. 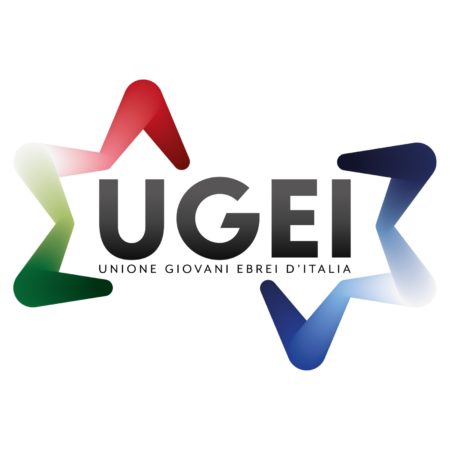