ULIF-Marseille was created 40 years ago, in positive reaction to the cowardly attack on rue Copernic.
Since then, the ULIF Marseille community has brought together a large number of members.
Sedarim, especially for Rosh Hashanah and Passover, bring together each year an ever-increasing number of families and worshippers. On Shabbat, the synagogue welcomes worshippers in warm Friday night and Saturday morning services, and it celebrates weddings, Bar and Bat Mitzvot every year.

Advocating a sincere and rigorous liberal practice, ULIF-Marseille evolved within the second Jewish community of France, mostly marked however by “religiously correctness”. In order to be open and integrated into civilian life, ULIF-Marseille maintains numerous partnerships with Jewish and non-Jewish institutions or associations.
Beyond its religious role, the influence of ULIF-Marseille is also linked to its cultural action, concretized by a strong involvement in the transmission of memory and Jewish-Christian dialogue, conferences, musical evenings … ULIF-Marseille, unparalleled in the PACA region, now has more than a hundred member families; through its role and its specific actions, ULIF-Marseille thus usefully complements the landscape of local Jewish institutions. 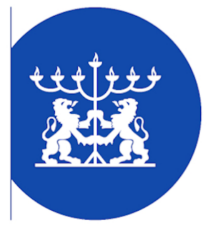