– to contribute to preserving Jewish Identity and memory

– to identify and to collect films and documentaries attesting Jewish history

and experience in the world

Since 1988, IMAJ is identifying movies in relation to Jewish life and history in its various aspects, and also genocides and crimes against humanity. Currently, the IMAJ database is the most comprehensive database in French devoted to films with a Jewish theme. IMAJ even bought Video Rights for a small part of these films.

WHO ARE THE TYPICAL USERS OF IMAJ ?

– Insiders or beginners, who want to learn more about Jewish culture and all those who love cinema and are curious to discover a universe, not well known, or too often reduced to stereotypes.

– Students and professors who research this theme.

– Teachers of primary and secondary schools that can apply to us to illustrate their courses using audiovisual support.

Members can freely rent films for which IMAJ has Home-Video Rights; access all paper documents in relation to these films; access the library and benefit from reduced prices for some film projections .

The Institute is open to any collaboration, exchange with other cultural or community associations.

The Institute of Audiovisual Jewish Memory, was founded in Brussels in 1984, following the establishment of the same Institute in Paris, by Esther Hoffenberg, a year earlier.

After a stay in the United States, Esther Hoffenberg, co-realisator of the Belgian film “Comme si c’etait hier”, observed a lack of central archives, dissemination, or simply of public information for films related to Jewish theme, in Europe. Béatrice Godlewicz, teacher, and ending a special license to be documentalist, had made the same observation. She set up a parallel association to that of Paris to provide for schools and teachers, films and information concerning Jewish themes, that helps to combat stereotypes, and also Holocaust denial and anti-Semitism. From 1984 to 1988, Esther Hoffenberg, and later, Pauline Juste, allowed the Brussels association to develop compatible tools for recording data on basis of collaboration and exchange of information. IMAJ – Paris is integrated in the Museum of Arts and history of Judaism, there by losing its status as an independent association and the IMAJ name. IMAJ – Brussels, with a grant from the French community takes off and remains a full association.

Thirty years later, IMAJ has achieved its goal: it lists and enriches its database of new films, every day . More than 10000 titles are thus already identified and hundreds of tapes and DVDs can be consulted on the spot. The database is accessible to Internet users. IMAJ organizes film events: previews, festivals, screenings with discussions and recently supports the production of films. The Institute of Audiovisual Jewish Memory, with the support of the Cinémathèque of the French Community has produced a DVD accompanied by a booklet, “Le cinéma de Vouzôtres”, which provides a showcase of films produced by Belgian filmmakers on Jewish life.

IMAJ is also a reflection on film, an effort to feed the public with multiple and plural images of the Jewish World, in order to always fight to reduce stereotypes, IMAJ wishes to act like a responsible citizen, to promote cultural diversity, and to build bridges to others. The objectives are to promote intercultural and intercommunity dialogue. This is more necessary today, so as to face todays new awakenings of anti-Semitism. IMAJ activities allow a broad public access to and actively maintain a living memory of Judaism. The preservation of this “Jewish media memory” is all the more necessary today, as the desire has never been so important to produce and save evidence, or search for sounds and images, too long forgotten. 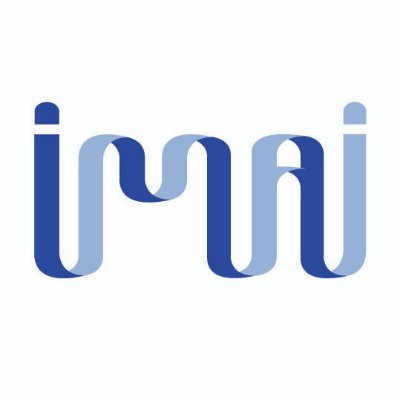