ANU- Museum of the Jewish People, the Old Synagogue

For over four decades, The Museum of the Jewish People has been playing an integral role in strengthening Jewish identity and perpetuating Jewish heritage worldwide.

ANU – Museum of the Jewish People is positioning itself as a relevant, cutting-edge museum and cultural center, whose relevance and reputation for excellence will be unrivaled.

The old synagogue of Dubrovnik is the oldest Sephardi synagogue in the world and the second oldest in Europe which is still in use today. The synagogue was built in the style of the Baroque synagogues of Italy in the 14th century, on the third floor of a narrow and oblong building in the Jewish street and quarter. The community’s offices are on the second floor. The inner decoration, in Baroque style, was completed in 1652, and has been preserved to the present day.

The renovated synagogue was consecrated again on New Year Day 5757 (1997). It is now a synagogue and a museum, and the prayers are held according to the Sephardi custom. In 1998, the Jewish community of Dubrovnik consisted of 30 persons. 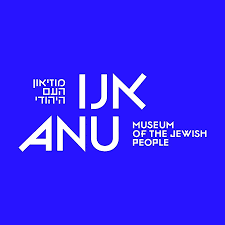