Association for the memory of the Shoah

The AMS, Association for the Memory of the Shoah focuses its activities around
three objectives:

1) The official recognition by the Belgian State of its responsibility in the deportation of the Jewish community from the country as stipulated in the CEGES Report that remained unanswered and named.

2) The adaptation of laws and practices relating to compensation pensions available to victims of the Holocaust in Belgium.

3) The development of an urban memorial monument of the deportation of the Jews from Belgium, by the laying of Pavés de Mémoire in front of the last home of the victims of Nazi barbarism and the elaboration of a Wall of the Righteous of Belgium 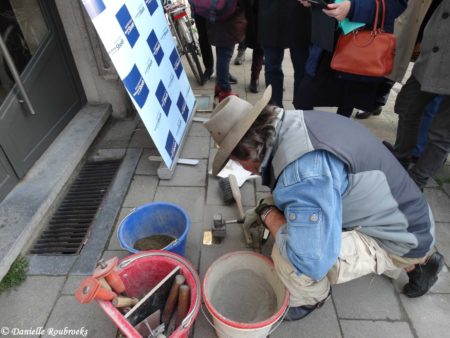