In the settlement between the Dutch Jewish community, the Dutch Jews in Israel, and the Dutch government, it was agreed to allocate part of the government’s restitution toward a fund supporting projects dedicated to Jewish life in Central and Eastern Europe.

Why support Jews in Central and Eastern Europe?

The JHF strongly believes that Jews who decided to stay in their countries of origin should receive support to ensure the continuation of Jewish life. The JHF aims to empower Jewish communities and NGOs to enhance Jewish life in Central and Eastern Europe, to help them once again to contribute significantly to these regions. The JHF has a special interest in the younger generation. Young people will become the leaders, teachers, youth workers, and officials of the future. Organizations and projects dedicated to cultivating Jewish values and traditions among the younger generation serve an explicit JHF objective. 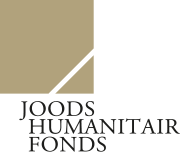