The European Grassroots Antiracist Movement EGAM was founded in November 2010 in Paris following racist attacks that took place in Rosarno, Southern Italy. These events faced no reaction but silence by European political leaders and civil society. Its main objective is to answer the rise in racism, antisemitism and populism in Europe and to structure civil society’s commitment to equality and justice.

EGAM gathers the most important antiracist organizations from more than 30 countries all over Europe, inside and outside the European Union. Dozens of organizations have joined and keep sustaining EGAM in its fights. These associations represent 1.000 executives and thousands of activists. The EGAM’s head office and executive team are located in Paris.

Grassroots Actions  Roma Pride. Europe against neo-Nazism in Greece. Commemoration of the Armenian genocide in Turkey.  European Testing campaign against racial discrimination. Support to democracy and human rights in Hungary.

Lobbying The EGAM leads lobbying activities targeting national and European institutions – the European Parliament, the European Commission and the Council of Europe – and is officially recognized by them. Informing and influencing European leaders EGAM provides them with information, explanations and advices about some statements and decisions. It regularly participates in these institutions’ commissions and auditions.

Leading institutional campaigns The EGAM denounced the presence of the neo-nazi group “Golden Dawn” at the equality commission of the Council of Europe. Today, it is heading a movement which aims at excluding this group from the Council and from the Greek Parliament. EGAM also works on a resolution of the European Parliament on the Roma genocide and is currently campaigning to push European Institutions to guarantee the respect of democracy in Finally, EGAM regularly publishes open editorials : more than 20 articles have been published in the main 50 newspapers of 30 countries.

Support to the civil society’s leaders Because EGAM wants to strengthen the capacities of the civil society’s leaders, it implements every year training sessions and seminars on different topics: Holocaust history (2012 Paris), immigration and asylum (2013 Italy), racial discrimination (many countries since 2010), Roma people’s issues (2012 Sofia, 2013 Bucharest)… These trainings allow to build a common European vision and understanding of different issues among leaders of European civil society who eventually get to know and understand each other to work together.Various and strong partnerships Institutional partnerships EGAM has built many partnerships at the European level: Amnesty International, European Union of Jewish Students, Open Society Foundations, Armenian General Benevolent Union, Ternype (young Roma), United, European Alternatives… 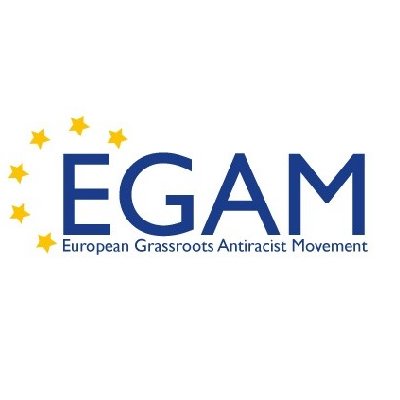