The Jewish Digital Library Association is a non-governmental and non-profit association founded to collect, present, promote and preserve the general Jewish religious and world heritage, culture, literature, history, language and in particular, to promote various library materials and literature about the Holocaust. We create a unique and comprehensive database on Jewish heritage in Serbia, ex-Yugoslav countries, and all over the world with online access to browse, use and download thematic literature and other multimedia content. The software platform of the Repository is adapted to the modern standards applied in the dissemination of scientific publications and is compatible with international infrastructure in this field.

OBJECTIVES
• Digitalization of Jewish cultural, religious, historical and material heritage.
• Digitalization of books, magazines, articles and texts by authors on Serbian and related languages, as in other languages in the field of achieving the objectives of the Association.
• Digitalization of written sources dedicated to the suffering of Jews in the period of before and after the Holocaust (i.e. the Second World War).
• Affirmation of digital publishing, digital libraries, reading, searching and viewing of digital content.
• Presentation, storage and availability of digitized content on the Holocaust, culture, history, material and religious Jewish heritage for a wider reading audience, as for scientific and professional public and interested researchers.
• Affirmation of application of digital static and interactive programs in order to promote and preserve Jewish culture, tradition, history, religion, material and written heritage.
• Affirmation of the implementation of digital content in education. 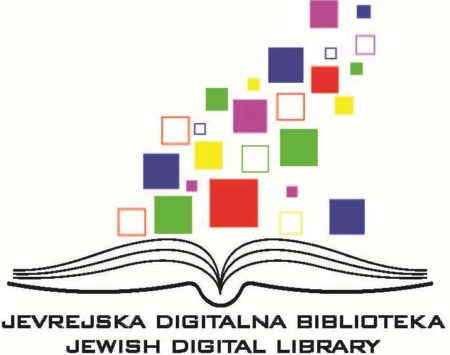