The museum, dedicated to the Belgian aspect of the Holocaust, offers an unprecedented association for education in the Holocaust and Human Rights. Kazerne Dossin’s mission can be summed up in these terms: “Kazerne Dossin takes as a starting point the historical account of the persecution of Jews and of the Holocaust in relation to the Belgian case, to analyze the current phenomena of racism and exclusion of groups of the population and discrimination due to origin, faith, belief, skin color, gender, sexual orientation. Kazerne Dossin also wishes to analyze group violence in society, as a possible route to genocides. Understood in this way, this museum leads in a fundamental way to an educational societal project where citizenship, democratic values ​​and the defense of individual freedoms occupy a central place.”

Through its action, the Kazerne Dossin memorial, museum and research center has established itself in recent years as a reference, whether in Mechelen, Flanders, Belgium, but also internationally. Kazerne Dossin interacts constructively at these different levels with its partners.

‘Kazerne Dossin draws on the historical account of the Jewish persecution and the Holocaust from a Belgian perspective to reflect on contemporary phenomena of racism and the exclusion of communities and on discrimination for reasons of origin, faith, belief, colour, sex or sexual orientation. Additionally, Kazerne Dossin seeks to analyse group violence in society as a possible stepping stone to genocides. Thus conceived, this museum makes a fundamental contribution to the educational, social project in which citizenship, democratic resistance and the protection of individual basic freedoms are central.’ 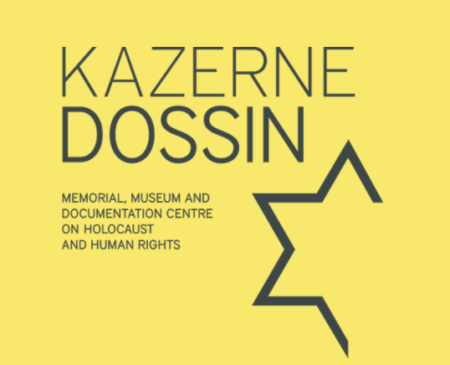