Common Ground Foundation aims to spark dialogue that leads to mutual understanding amongst Hungarians, by recognizing and coming to terms with the traumatic events of the 20th century.

Historical baggage. Every nation has it. In Hungary it has given rise to hate speech, political violence and historical revisionism. The country’s turbulent past has claimed many victims. But is one person’s sense of victimization any more legitimate than another’s? Was the Holocaust any more hazardous for Hungarians than the Treaty of Trianon? Such questions go to the root of the country’s national identity. Endemic to Hungarian society, such conflicts are often exacerbated by political rhetoric formulated to inflame passions.

Founded in 2015, the Common Ground Foundation (“Közös Halmaz Alapítvány”) seeks “to move away from the hatred that results from public discussion about our history, be they discussions about Trianon, the Holocaust, the world wars, dictatorships, 1956, or the regime change”.

The Common Ground Foundation has no political or religious affiliation. Its income comes from donations and grants.

The foundation plans on launching an exhibition in autumn 2016 on the traumas of the 20th century. It says:

“Our exhibition … can be experienced through open and closed doors. We have to open up to our past in order to be able to come to terms with it and turn to the future. The exhibition will help visitors gain a new understanding of and empathize with those who were affected by the traumas of the last century in a new way that differs from the approach of public discourse that has been so engrained in Hungarian society.

“By shining light on our own misconceptions and inconsistent memories of the past, the goal of our exhibition is to generate a positive dialogue about the vicissitudes of the 20th century with Hungarians who have different perceptions of the past. This is why our program targets high schoolers, but it has a message for everyone who attends.”

The foundation hopes its efforts will eventually evolve into a program that can be integrated into the curriculum of schools. 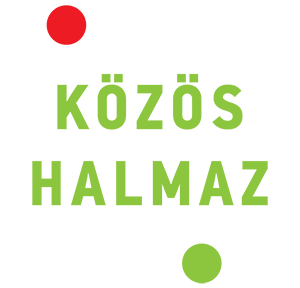