The members of the congregation are Jews of all ages, with diverse backgrounds and who come from all over the world. Every effort to help new members integrate easily into the warm community is made.

Religious services are held regularly in the community. In addition, there are youth and adult education programs and there is a small library. Social events include a book club and movie nights. JMW (Jewish social services) holds regular coffee mornings in the venue.

The congregation is involved in care for the elderly for persons with a Jewish background. In the event of a death, the community can play a supportive role with a Jewish funeral. 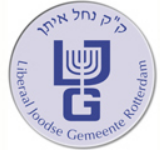