National Museum of Italian Judaism and the Shoah

The Museo Nazionale dell’Ebraismo Italiano e della Shoah – MEIS (National Museum of Italian Judaism and the Shoah) was founded with Italian Law 91 of 17 April 2003, amended by Law 296 of 27 December 2006, to “bear witness to the events that have characterized the two thousand years of Jewish presence in Italy”.

This decision recognizes, and enhances, the exceptional continuity of the rich, uninterrupted — but not widely known — path travelled by the Jews, their traditions making a fundamental contribution to the history and fabric of the nation; a cultural contribution wrought between periods of calmer coexistence and fruitful interaction and other tragic times of persecution and banishment, culminating in the tragedy of the Shoah.

In recounting the life experience of a consolidated minority, MEIS serves, above all, as a place of meeting and sharing. Open to all, it is a laboratory of ideas and reflections to stimulate the debate on Judaism, its future in Italy and on the value of dialogue between cultures.

MEIS pays special attention to education, both of adults and children, particularly schools. For this reason, in 2017, the Museum signed a memorandum of intent with the Italian Ministry of Education, University and Research which also envisages the organization of conferences, seminars and travel for secondary school students.

The activities currently proposed by the Museum include the following modules:

Educational objectives: to understand and delve in depth into the history of the Jews, particularly the Italian Jews, coming to terms with the chronology of historical events related to the Jews.

Duration: 90 minutes for adults and 75 minutes for students, plus 24 minutes for the multimedia show “Through the eyes of the Italian Jews”.

The guided tour is divided into two parts: the first, inspired by the objects on display in the exhibit “Jews. An Italian story: the first thousand years”, delves into the Jewish story – from the Roman Empire to the destruction of the Temple of Jerusalem and on to the arrival of the Jews in Italy; in the second, the students play with setting a series of events and dates on a timeline, reconstructing what they learned in the previous historical path.

Educational objectives: to know and understand the origins of antisemitism; to recognize the dynamics that lead to depriving a group of its rights and social exclusion.

Duration: 90 minutes for adults and 75 minutes for students, plus 24 minutes for the multimedia show “Through the eyes of the Italian Jews”.

The workshop analyzes the rules imposed on Jews in 380 by Theodosius with the Edict of Thessalonica, the repercussions this had on the history of the following centuries and its impact on anti-Jewish prejudice. The workshop then focuses on the laws that deprived Jews of their rights under Nazi-Fascism: from anti-Semitic propaganda to the Nuremberg laws and the concept of racial purity under the Nazi dictatorship. At the end comes a reflection on the concept of equal rights, from the enlightenment to modern constitutions.

Educational objectives: to reflect on the perception of the limits imposed by society and to experience the use of the knowledge of otherness to explore ancient and new models of intellectual freedom.

Starting from contemporary Jewish history and its intertwining with the history of the former prison of Ferrara – where MEIS now stands –, the workshop stimulates thought on how democratic ideas and social participation can blossom and take root in a place of confinement and isolation.

Educational objectives: to learn about the main Jewish dietary rules and to grasp their social consequences and territorial sustainability.

The workshop introduces students to the rules and origins of Jewish dietary laws; it invites them to consider what dishes from their own traditions would meet the rules learned and to retrace their history. At the end of the activity, they are invited to prepare an ideal menu for a hypothetical restaurant that is both kosher and sustainable.

Educational objectives: to learn of the main Jewish holidays and the uniqueness of the Jewish calendar.

The activity is divided into two parts: the first is a visit to the exhibit, where the children will discover that some of the objects on display speak of the main Jewish holidays; the second, which helps them to fix the acquired contents, invites the pupils to play a Game of the Goose based on the theme of Jewish holidays. 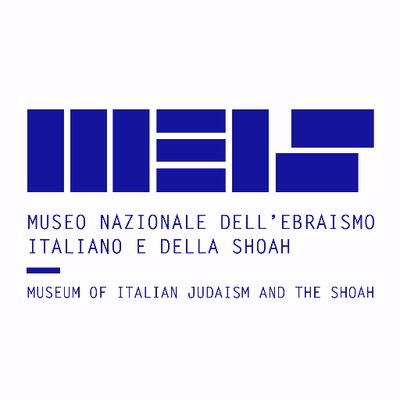