The Reform Jewish Community of Madrid (RJCM) is a progressive Jewish community. Founded in 2014, it is an active, welcoming and inclusive community, and its members are interested in education, knowledge, spirituality, ethics and values of Jewish tradition.

CJRM prides itself for its diversity and plurality. This community is known for its inclusion of Jews from distinctive backgrounds and costumes, such as its support and sensitivity towards interfaith families, making the community all the richer,. There are Jews of all ages, some religious and others less so, with different gender identities and sexual orientations, evincing their diversity. CJRM is a member of the large world organization, World Union for Progressive Judaism, as well as the European Union of Progressive Judaism. Within European, it also belongs to the European Council of Jewish Communities.

In 2014, four women decided to launch a ‘space of kadosh’ that reflected a 21st century Jewish identity, radiant and hopeful.

After various conversations, these women decided to found CJRM, that would bring together a Jewish plurality in the city of Madrid, as exists in other cities across the world. Since then, the community has grown from a ‘núcleo duro’ (central core) to 30 families.

In the summer of 2018, CJRM’s development reached a milestone when it obtained a Torah thanks to the Spivak family (USA) and through the World Union for Progressive Judaism.

Kehilla – community, based upon inclusion and equality as Jewish religious principles, and the relationships we create, supporting us in times of joy and sadness.

Limud Ha-Torah and Chinuch – the study and education of religious tradition and culture passed along ledor vador, from generation to generation.

Tikun Olam and tzedek, tzedek tirdof – improving the world and society in which we live.Hachnasat orchim – welcoming the guest, receiving those who visit us with dignity and warmth.

The community strives to create a space for a modern Jewish life based in egalitarianism and inclusivity. It is guided by the principles of Reform Judaism, where the study of tradition and culture together with the action of each individual who belongs to CJRM lives without indifference to their identity, both within the community and in the society in which we live.

It incorporates Sephardic and Ashkenazi cultures because both traditions and customs appear within the community. 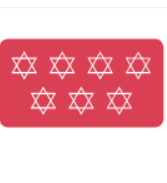