Reform Synagogue of the Jewish Community of Hamburg (JGHH)

The Reform Synagogue Hamburg is the liberal offer of the Jewish Community of Hamburg (JGHH).
The Jewish Community of Hamburg is a unified community and unites different currents under one roof. It is united by Jewish tradition, the inherited culture of the Jewish people and the central messages of the Torah.
The Reform Synagogue of the JGHH stands for a liberal and diverse Jewish life.

In order to do justice to the growing diversity as a unified community, the JGHH has been offering an additional offer for liberal currents within the community since 2016 in addition to the orthodox-traditional synagogue in the Hohe Weide with the Reform Synagogue.

Since June 2022, Cantor Assaf Levitin has been the first liberal cantor to enrich the religious-cultural life of the Reform Synagogue.

Reformed worship takes place mainly in Hebrew, with some texts being recited in German. Shabbat and almost all holidays are celbrated with a special focus on the musical framework.

All currents within this pluralistic unity community are united by Jewish teaching, Torah, learning, the meaning of prayer and worship, Shabbat and Jewish festivals.

The Reform Synagogue is a member of the Union of Progressive Jews (UpJ) in Germany and is supported by it.

The equality of all genders and all people regardless of their marital status or sexual desire is in the foreground.

The community is committed to the 35 principles of liberal Judaism, which tie in with the tradition of enlightened Reform Judaism in Germany.

The Jewish Life Foundation is a non-profit foundation whose special purpose is to promote educational, cultural and religious activities of the Jewish Community in Hamburg.

With the re-establishment of the Talmud-Tora-Realschule, which was closed by the National Socialists, and its transformation into a Jewish educational center in 2004, the foundation stone was laid for a revival of Jewish life in Hamburg.

Today, thanks to the Jewish Life Foundation, there is once again a Jewish kindergarten in Hamburg with the Joseph-Carlebach-Kindertagesstätte as well as a Jewish preschool, primary school and district school, the Joseph-Carlebach-Schule. An educational centre was created that offers children the space to grow, learn and develop from the first year of life until they start school – a unique and forward-looking project in this form in Hamburg and Germany.

The primary goal of the foundation’s work is to continue to contribute to the growth and prosperity of Jewish life in Hamburg today and to promote the sustainable existence of Jewish culture in this city.

This is done in close cooperation with the Free and Hanseatic City of Hamburg as well as with external partners, institutions and associations. If you would also like to contribute to our work, please contact the board of the Jewish Life Foundation personally. 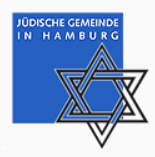