In dialogue with and among young people, step21 has been promoting basic democratic values ​​such as tolerance, responsibility and moral courage since 1998. step21 initiates innovative educational offers and high-profile projects for young people. The core elements of the offer are the modern media boxes as well as a large number of nationwide projects, campaigns and competitions.

Dealing with right-wing extremism and xenophobia is still relevant today. Intolerant ideas are by far more widespread in our society than criminal attacks alone suggest. step21 does not start with the symptoms of intolerance, hatred and willingness to use violence, but with their causes. We combine the goals of imparting social skills with aspects of political education as well as key skills such as teamwork or communication skills. Our program is therefore designed to have a long-term effect, not a short-term effect.

step21 makes specific offers that revolve around topics such as tolerance, responsibility and moral courage. The engagement of young people is stimulated and made public. The pedagogical concept of step21 starts at the interface between political education and media (pedagogy). Our offers are based on the reality of life of young people and take up topics and questions from young people’s everyday life. All offers also have a project-oriented character. They are always designed in such a way that young people deal not only intellectually but also actively with the respective topics and thus reflect their thoughts and actions more consciously.step21 has set itself the goal of supporting young people in their commitment to a lively democracy. Basic values ​​such as tolerance, moral courage and responsibility need spaces in which they can develop. step21 would like to promote the dialogue with and between the young people without raising the moral index finger. In addition, the initiative would like to help the young people to actively and courageously take their career and life planning into their own hands and to promote their media skills. 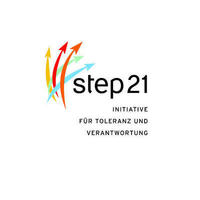