Mission Statement
Had the evil plan succeeded, these scientists would have been killed, as well, just as our other brothers and sisters were. However, they were able to escape, responding to the darkness with the words of life. They built a palace from their thoughts, and that became our home. It is due to their grace and genius that humanity and mankind live on.

The House of Jewish Excellence is hosting the permanent exhibition entitled “From Einstein to the Present Day – Jews in the Forefront of Technology.” The lives and work of more than 130 Nobel Laureates and world renowned researchers, all of Jewish origin, are presented in Balatonfüred’s newest exhibition space. Without these magnificent researchers and their work — which impact all of our lives even today — humanity would be very different. As described in our mission statement, these people would have been killed in the Holocaust too, but they escaped, and “built a palace out of thoughts”.

Experience has shown that during a visit you can absorb the lives and successes of 5 scientists. Consequently, they allow you to arrange your own plan based on your own interests at the entrance of the exhibition and thus choose from 132 scientists. You can choose from scientists and their works impacting our lives today according to various criteria, and arrange a visit plan for your convenience, but to make this arrangement easier. 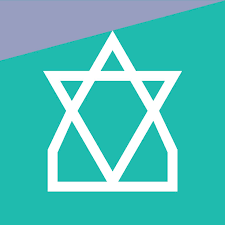