The Jewish Community of Slovenia

The Jewish Community of Slovenia (JCS) is the religious umbrella and main organization for all Jewish people that live on the territory of the Republic of Slovenia. The Community provides religious and spiritual care for its people. Its boards are the highest bodies of the Jewish ethnic and religious minority in Slovenia. The JCS is the sole official representative of Slovene Jewry recognized by Government.

As the legal successor, the JCS has the continuity of all Jewish communities from the territory of the present-day Republic of Slovenia.

The JCS is formally connected with its sister community in Graz, Austria, in the Federation of Jewish Communities of Graz and Ljubljana (German: Verband der Jüdischen Gemeinden Graz und Laibach). 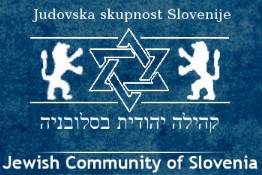