On April 28, 1943, during the occupation of France, Russian-born industrialist Isaac Schneersohn invited 40 activists and representatives of various currents in the Jewish community to the apartment he rented on rue Bizanet in Grenoble to discuss the possibility of creating an important underground archive.

As the Nazi occupiers were hunting down Jews with assistance from the Vichy government police, the goal was to set up an organization that would collect evidence of anti-Jewish persecution in order to bear witness and demand justice after the war. Schneersohn may not have been aware of it, but he was laying the groundwork for an international criminal justice system and the Nuremberg trials a few years later.

After the meeting, the founders of the archives, now called the Centre de Documentation Juive Contemporaine (Contemporary Jewish Documentation Center, known by its French acronym CDJC), began collecting documents. However, the September 1943 German invasion of the zone in which Grenoble was located, until then occupied by Fascist Italy, put an end to their work. Schneersohn joined the French Resistance in Dordogne, forging contacts that turned out be helpful after the war. After the fighting to liberate France began, Schneersohn and his team went to Paris to prevent the records of the Vichy regime and the Nazi occupiers from being destroyed or being spirited away.

Recovering the Gestapo and Vichy archives

Thanks to the intuition of Schneersohn and Léon Poliakov, head of the archives’ research department, and help from the Resistance, the CDJC got its hands on the precious archives of the CGQJ, the Germany embassy in Paris, the German general staff, the Vichy government’s representatives and, above all, the Gestapo’s anti-Jewish department, one of the few recovered in Europe. The story of how they did it is worthy of a Hollywood thriller.

No sooner was the war over than the CDJC started processing the archives in order to study the process leading to the destruction of France’s Jews. The center founded its own publishing company, published its earliest research on the internment camps (Joseph Weill, Contribution à l’histoire des camps d’internement dans l’anti-France, Paris, CDJC) and, in 1946, created Le Monde Juif, the first Holocaust history journal.

THE DOCUMENTATION CENTER AND THE WAR CRIMES TRIALS

Meanwhile, on behalf of the French government Edgar Faure asked the CDJC to provide French prosecutors with documents that would help them build their case in preparation for the Nuremberg trials. The center had a permanent representation at the international and American trials, becoming an official recipient of all the documents then in circulation.

Recognizing the CDJC’s work at Nuremberg, General Prosecutor Telford Taylor allowed Poliakov and Joseph Billig access to the trial’s records. Its role in ensuring that justice would be served, which began at Nuremberg, continued at the trials of Nazis and their henchmen involved in the final solution in Germany, France and Israel, where CDJC research director Georges Wellers was called to testify at the Eichmann trial.

In the 1980s, the CDJC provided French prosecutors with key evidence, the Izieu telex, allowing them to charge Klaus Barbie, the former Gestapo head in Lyon, with crimes against humanity.

Inauguration of the Memorial of the Unknown Jewish Martyr, 1953. © Mémorial de la Shoah.

In 1950, Schneersohn decided to create a memorial-tomb for Holocaust victims: the Memorial of the Unknown Jewish Martyr (MMJI). At first, his idea met with objections from part of the Jewish community, which did not want “an institution looking towards the past”.

Schneersohn then set out to create a broad-based sponsorship committee including many prominent figures. When he turned to David Ben Gurion, the head of the new State of Israel became aware that the first memorial dedicated to the Jewish victims of Nazism was going to be in Paris. That realization prompted him to quickly create Yad Vashem in Jerusalem, with which the CDJC forged close ties. On May 17, 1953, the cornerstone of the Paris memorial was laid on a lot donated by the city. Several countries — France, Belgium, Luxembourg and Yugoslavia — contributed by donating art works.

Among other activities the memorial organizes training seminars for students, professionals and teachers.

The Shoah Memorial organizes training seminars in partnership with France’s Ministry of Education, teacher training schools (IUFM) and other training bodies. They focus on the issues of teaching and transmission: what pedagogical methods should be used in middle or high schools for such topics? Since 2005, training seminars have been developed in partnership with the Boards of Education of France’s various departments. 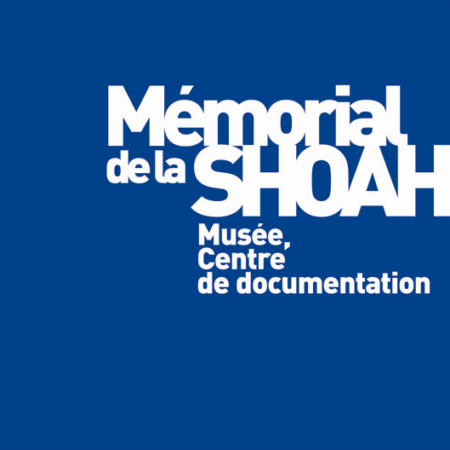