HaTikwa was introduced in January 1949 as a supplement accompanying the magazine “Israel”. From February 12, 1957 HaTikwa was published as an independent magazine as HaTikwa with subtitle Organo della Federazione Giovanile Ebraica Italiana [Voice of the Young Italian Jewish Federation].
Right from the start, Ha-Tikwa mirrored the prominent issues percolating through the young Italian Jews such as the Jewish identity and the Israeli politics. It focused also on the main issues of post-war Italian society, in primis anti-fascism and Resistance. In the Sixties and Seventies many articles talked about and discussed the student protest and social movements, as well as the social reform and the referendums on divorce and abortion.
In 2010 HaTikwa started to be published both as a supplement of the Italian Jewish monthly paper magazine “Pagine Ebraiche” and, in digital edition, on the UGEI website, www.ugei.it.

Since May 2020, HaTikwa has achieved a partnership with Shalom, the newspaper of the Jewish Community of Rome. While, in June 2020, HaTikwa made history for creating the first Italian Jewish podcast, The Jews who made History. 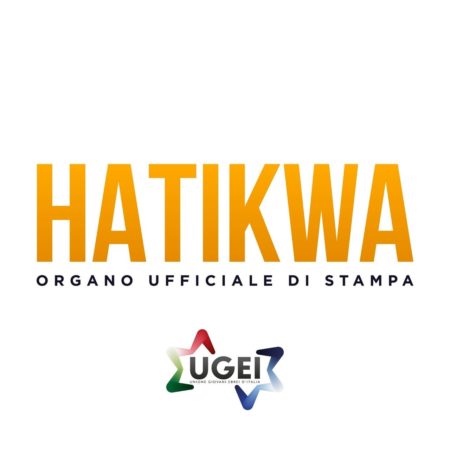